HEAVENLY MOVES is set in a Northern California town called San Tomas. San Tomas is a fictional version of the real Santa Cruz, CA. Well, actually it's a mishmash of at least 3 different places I've lived, but it's mostly Santa Cruz.

Like Santa Cruz, San Tomas is home to a University of California campus, banana slugs, beautiful redwood forests in the mountains, beautiful beaches on Monterey Bay and the Pacific Ocean and a (mostly) far-left-leaning populace. Santa Cruz is a crazy and beautiful place as well as a popular tourist destination, famed for (among other things) the Santa Cruz Beach Boardwalk.

I highly recommend a visit and, hey, I know just where you can stay!  My former apartment (where the Fabulous Murdock Sisters live in HEAVENLY MOVES) is right across the street (Beach St.!) from the Boardwalk. Unfortunately for the Murdocks, that's only true in the real-life Santa Cruz. In San Tomas, they're not by the beach. But still by the bowling alley!
Anyhoo, that apartment (in real life) is now a vacation rental. Check out this pic: 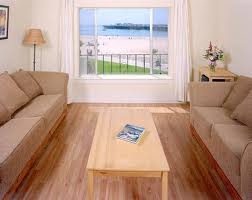 Now I know this looks totally fake and too good to be true - BUT IT IS 100% REAL!  Promise!  I was just there not too long ago.  They've spruced the place up a lot since I lived there (A. LOT.), but the location was and is the best. That pier out the front window can also be seen from this Boardwalk roller coaster shot: 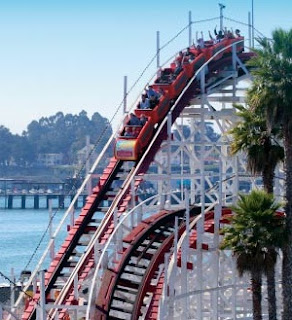 Next time I'm there, maybe I'll stock the old place with copies of HEAVENLY MOVES.  (let's see, one for the living room, each bedroom, the bathroom, the kitchen cabinets, the stairwell...) 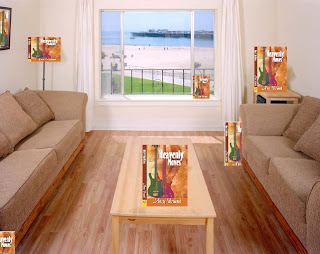