In which I attempt to blog about short stories, but instead end up ranting about Fried Green Tomatoes At The Whistle Stop Cafe, which I actually LOVE.


So, yay, I completed a short story last night.


This is where you say congratulations. Instead, you say, "But you're a novelist."


Well, novelists can write short stories, too, right?  If you write enough, you'll have a book of short stories.  Which even less people will buy.


Seriously, when was the last time you bought a book of short stories?


Which reminds me of a straight friend telling me, oh, your first novel is so great, straight people will want to buy it, too!


Really, Straighty McHetero?  Do you have a lot of books in your house?  Yes?  How many are about lesbians?


The funny thing is while they're thinking "one" (meaning mine) and trying to figure out how to get away from me, I'm smirking and thinking "two" because they also have Fried Green Tomatoes at the Whistle Stop Cafe and they don't even freakin' know it's a book by a lesbian about two lesbians!

How did Fannie Flagg do that?  She wrote a book that's clearly, obviously, totally about two lesbians and NONE OF THE STRAIGHT PEOPLE REALIZED IT!!!  They still bought a bazillion copies and made it into a movie that NOBODY REALIZED WAS ABOUT TWO LESBIANS!!!  Except for all the lesbians.  (Straight Person (still):  "No, no, those girls were just friends...weren't they?")


·       set it far enough in the past that straight people think lesbians did not exist then?
·       have the lesbians live together, raise a child together and run a business together, but never touch each other? (do they ever touch each other "on screen" in the book? was there a hug in there somewhere?)
·       have so many different plot lines going on simultaneously that the esbianlays just kinda faded into the scenery... whenever the reader was about to realize "hey, is that chick-" BOOM!  Switch to a different plot line!  bazinga
·       oh, wait, maybe this was it:  never use the word LESBIAN in the book!


On a culinary note, I once had fried green tomatoes while traveling through Georgia and they were tasty.

Back to short stories:  Hmmph.  Well, I could post my short story on the internet for free as a gift to readers - a thank-you to those who've read my work before and a hello to those who haven't.  It's true.  I could do that.  When there's a year or more between novels, that would be a way to stay in touch with readers, so to speak.  I'd love it if my favorite authors would do that.  Of course they're all dead.  (fine, fine, not all of them)  (most)  And there are other ways to put the story out there as a single, but...


Speaking of death, I'm dying to share this new short story with you!  It's set in the Old West.  [When lesbians DID EXIST]  It's just so shiny and pretty and new!  So hard not to share.  Guess I keep picturing a shiny, pretty, new book of (unshared) short stories down the line... so pretty

I'd like to think that writing short stories is good for me.  That they're an opportunity to cleanse the palate between novels and/or exercise writing discipline.  Which means churn 'em out quick so I can get back to novel-writing.  Performance so far:  FAIL.  I always set aside a month, tops, and they always take wayyyyyyyy longer.


But I love writing the occasional short story.


So why not just shut the hell up and post it?  Seems like I did that once before and I got no feedback.  Whatsoever. 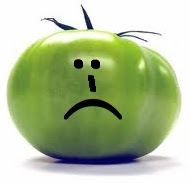