I'm mentioned before there are some other Amy Briants out there in cyberspace who are not me. (SO not me!) There are other Shadow Points out there, too - oddly (not to mention alarmingly), one of them is an apartment complex in San Diego county of which I had no knowledge prior to writing the book. (probably not haunted) (probably)
And of course there are streets in various places out there called Shadow Point Drive or Way or whatever. After all, even in the book, the name "Shadow Point" was cooked up by realtors who wanted something prettier and more marketable than a Point named after that notorious scoundrel and malevolent phantom, Conrad Bly.
Normally, I wouldn't waste (much) (more) blog space on these Others. But one of the Shadow Points I came across out there in cyberspace is a dog breeder and OH MY GOSH LOOK AT THAT FACE!!! 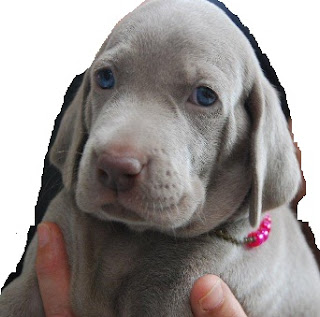