Three of my novels are more or less set in the fictional Northern California beach town of San Tomas.  My imaginary San Tomas is very much like the real Santa Cruz, CA.  Think of it as a fine iridescent coating of pixie dust overlaying the actual location.  So much so that sometimes the real place pokes through - the geography of both places is almost identical with the mountains, Monterey Bay and the university up on the hill.  Both the fictional and the nonfictional Highway 17s take you up to the Summit, then "over the hill" into Silicon Valley.  Some city street names are the same.  I'm pretty sure there's a roller coaster and a boardwalk in both locales.  Nearby towns and landmarks are fraternal twins to their counterparts in real life.


I lived in Santa Cruz for several years and relied on my keen memories of it to create that San Tomas pixie dust map for HEAVENLY MOVES and THE BOOK OF KELL.  For Novel #5, however - the third entry in my San Tomas Chronicles - I found myself checking Google maps a little too often to remind myself where things were.


So I, the Author God overseeing all of this imaginary landscape, needed a paper map to keep it all straight.  (Author Gods have notoriously poor senses of direction.) The map's now up on the wall next to the table by the window where I write.  My sketches of the San Tomas map will be there soon, too.  It's SO MUCH FUN moving my characters around the not-so-mean streets of their imaginary domain.  And now they won't get lost!


I had to buy the map from some company in Canada.  (come on, America!)  I quit AAA a few years back because I don't have a car.  I do miss their free maps.  And they clearly miss me, too - they keep sending me entreaties to return to the fold with stickers enclosed. 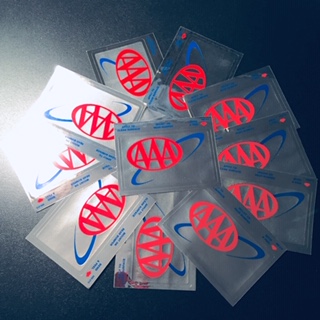 Keep it up, AAA!  I like free stickers.  I'm envisioning a stockpile sufficient to cover the entire refrigerator door...


I mentioned that nearby towns in my little imaginary world are fraternal twins to their counterparts in real life.  For example, Watsonville is a real town south of the real Santa Cruz.  Holmesville takes its place in my landscape.  (see what I did there?  the game is afoot!)


Another real town, this one much closer to Santa Cruz, is Capitola.  I was trying to think of what its imaginary name would be... Pacitola?  No.  Tapioca?  Hell, no.  (Capybara is definitely in the running.)  Which led me to think - oddly enough, for the first time - where did they come up with the name "Capitola" anyhow?  It's not the capitol/capital of anything.  It's not a Spanish word like so many California towns.


Would you believe it was named after a girl in a BOOK?!  (A) I love this and (B) more to follow...
Labels: Capitola HEAVENLY MOVES hello my name is amy and i will be your god today location location location Novel #5 pixie dust Santa Cruz THE BOOK OF KELL the San Tomas Chronicles writing